WA Flood Watch: Rivers In the Pilbara and Gascoyne Districts

Rainfall from Tropical Cyclone Damien is forecast to impact rivers in the Pilbara and Gascoyne districts during Sunday into Monday.

Tropical Cyclone Damien a weakening system will move through the central Pilbara and into the Gascoyne during Sunday. The system will then move into the north western part of the Salt Lakes District Rivers during Monday.

The cyclone will degrade to a tropical low during Sunday.

Rainfall totals for the 48 hours to 9am Sunday include:

Heavy rainfall is likely over the Ashburton, middle to Upper Gascoyne and upper Murchison during Sunday into Monday. Forecast totals for the next 48 hours are likely to range from over 200 mm with isolated higher totals possible closest to the cyclone/tropical low path to 100 mm or less more distant from the cyclone.

Forecast rainfall is expected to result in river rises, extensive areas of flooding and may adversely affect road conditions. Roads may become impassable and some communities may become isolated.

Catchments likely to be affected include:
De Grey River 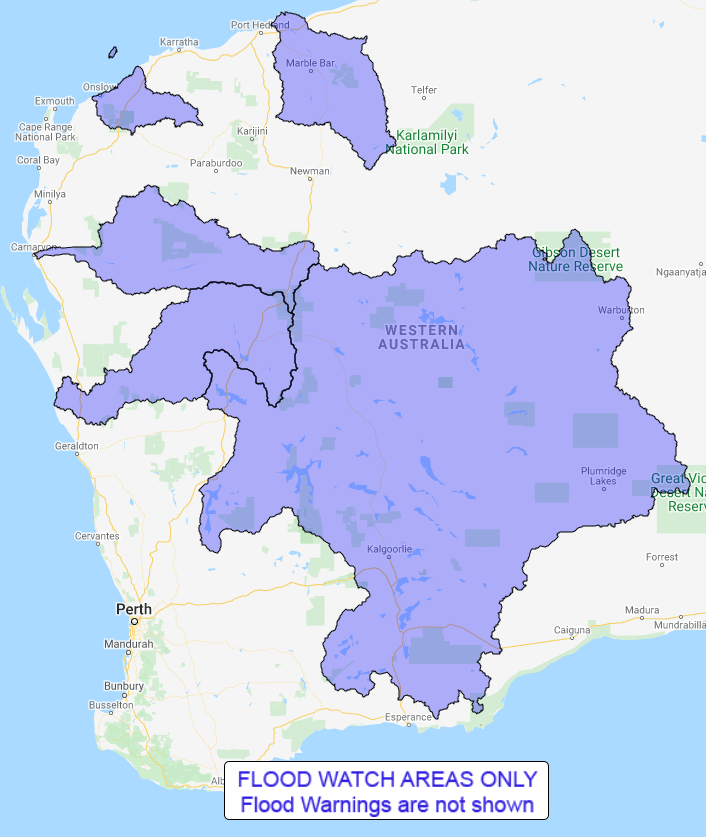