Heavy rainfall and localised flooding is expected from Thursday associated with a tropical low moving across from the Northern Territory.

Rainfall will start in the Eastern Kimberley and Ord River areas on Thursday before moving into the central and northern Kimberley parts during early Friday.

During Friday the low will move across to the far western Kimberley before making a complete turn and moving back to southern parts of the Kimberley and northern Great Sandy Desert.

48 hour rainfall totals may be 100-150 mm with isolated falls to 300 mm possible in the east and central Kimberley.

If the low remains in the West Kimberley as forecast, rainfall totals over three days may be 200 - 250 mm with isolated falls to 500 mm.

Forecast rainfall in the affected catchments is expected to result in river rises, areas of flooding and adversely impact road conditions. Some roads may become impassible and communities linked by roads may become isolated. 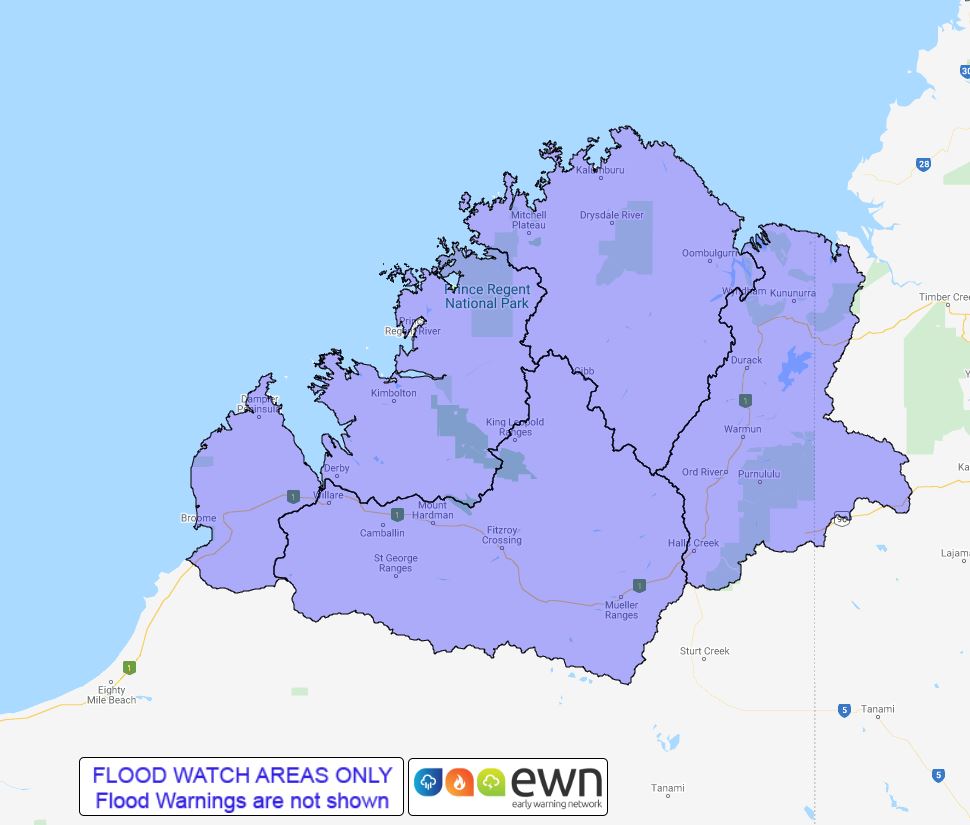