For people in parts of Kimberley, Pilbara, North Interior and South Interior districts.

Weather Situation: The monsoon is activating over the Kimberley. A broad trough is extending from the northern Gascoyne to the North Interior.

Severe thunderstorms are likely to produce heavy rainfall that may lead to flash flooding over the next several hours in parts of the Kimberley and Pilbara districts. Locations which may be affected include Broome, Bidyadanga, Sandfire and Wallal Downs.

Severe thunderstorms are likely to produce damaging winds over the next several hours in parts of the Pilbara, North Interior and South Interior districts. Locations which may be affected include Newman, Jigalong, Marble Bar, Nullagine, Parnngurr and Telfer. 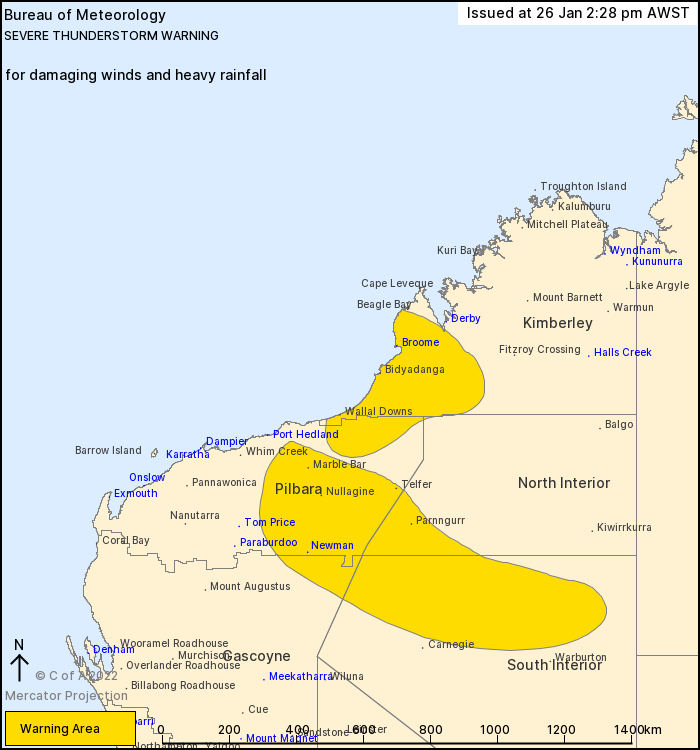