For people in parts of Goldfields and South East Coastal districts.

Weather Situation: An upper low over the southwest of the state is drawing in moisture from northern Australia. The upper low and associated moisture are causing severe thunderstorms through southern parts of the state.

Severe thunderstorms are likely to produce intense rainfall that may lead to dangerous and life-threatening flash flooding and damaging winds in the warning area over the next several hours. Locations which may be affected include Norseman and Kambalda. 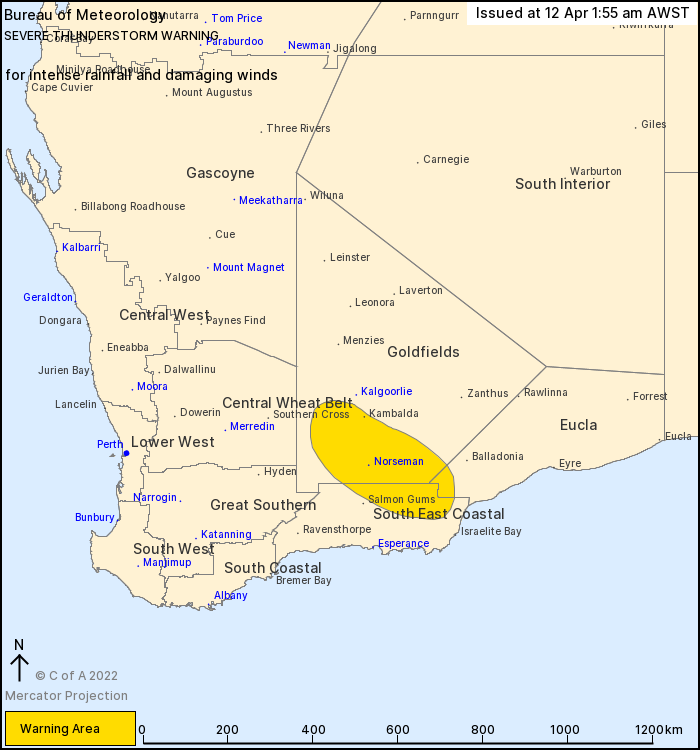