Weather situation: At 1:30 pm satellite imagery showed a line of developing thunderstorms to the east of Ravensthorpe and a second line extending from east of Mullewa to Dalwallinu.

Severe thunderstorms are likely to produce damaging winds with gusts to 100 km/h in the warning area over the next several hours.

Heavy rainfall that may lead to flash flooding and large hailstones are also possible with thunderstorms occurring in the southeast of the warning area, southeast of a line from Esperance to Norseman to Zanthus.

Locations which may be affected include Esperance, Kalgoorlie, Merredin, Norseman, Salmon Gums and Southern Cross.

Storms are expected to begin to impact Esperance between 2:45pm and 3:45pm.

Storms could cause DAMAGE TO HOMES AND PROPERTY. 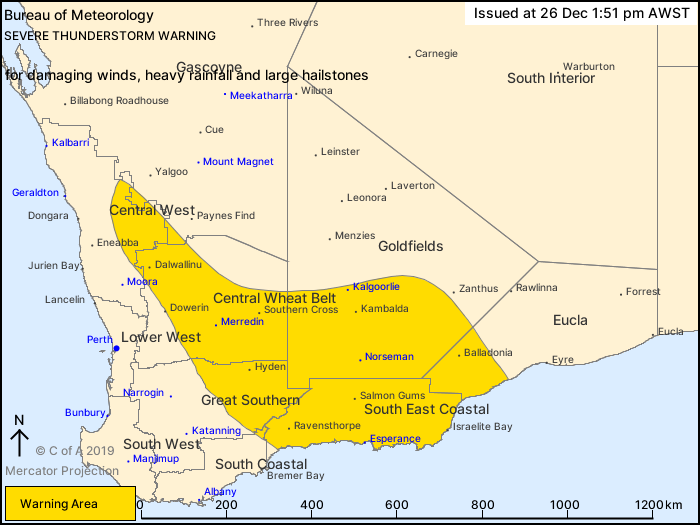