Weather Situation:
A trough has produced a line of thunderstorms through eastern parts of the South West Land Division. This area is expected to gradually move eastwards during the day.

The 1 pm satellite image shows a line of thunderstorms stretching from Dalwallinu in the northwestern Central Wheatbelt down to Hopetoun on the south coast. It is possible that some of these storm may be severe during Tuesday afternoon and evening and could produce DAMAGING WINDS, LARGE HAILSTONES and HEAVY RAINFALL THAT MAY LEAD TO FLASH FLOODING in the warning area. Locations which may be affected include Merredin, Hopetoun, Hyden, Lake King, Ravensthorpe and Southern Cross. 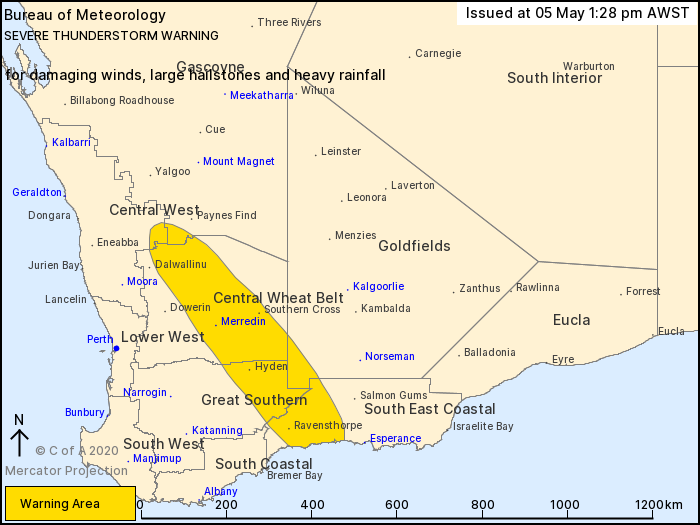