After a few days of above average temperatures and mainly settled weather in southeast Australia, a developing complex low pressure system and cold front is set to bring wintry weather to the region this weekend.

A large cutoff low pressure system is expected to form over waters south of the Great Australian Bight during the next couple of days before becoming part of a broader low pressure area which should then move up over southeast Australia this weekend. A cold front will also extend out of this complex low.

This will cause showers to start spreading across the region this weekend as well as a narrow band of rain with the front itself. However most of the higher rainfall totals will be mainly concentrated around mountain areas and windward facing coastlines of southeast SA, Victoria, southern NSW and Tasmania.

If the low tracks as expected, showers and some rain areas may linger in eastern Tasmania for a few days longer due to the moist easterly flow on the southern side of the low.

On average, multiday totals are likely to be in the 1 to 20mm range, increasing to 20 to 50mm within and near the NSW/Victoria alpine region, the southeast coastal fringe of SA and northern and eastern Tasmania. Some places in these areas may get heavier falls of 50 to 90mm but those types of falls are expected to only be isolated.

From Sunday into Monday, snow is also expected to fall on the higher parts of the Great Dividing Range from eastern Victoria up through the southern and central tablelands of NSW with an outside chance of reaching the NSW northern tablelands on Monday or early Tuesday, however the higher snowfall accumulations are expected to be mainly confined to the higher peaks in the NSW/VIC alpine area and even there, some rain following the snow may cause some of the snow accumulations on the ground to melt.

On Monday, the system is expected to move out into the Tasman Sea and reintensify while continuing to track further out to sea during the following few days. This should cause winds wrapping around the back of the low to become strong and gusty at times along the higher parts of the NSW ranges then along the central and southern NSW coastal fringe by the middle of the week. The colder air should penetrate up into southern Queensland during this time, leading to some cooler daytimes and colder nights.

Due to the curved trajectory of the flow around the low rather than a long straight fetch of colder southwesterly winds, maximum temperatures are only expected to dip to 2 to 5 degrees below average for many parts of SE Australia with temperatures quickly rebounding to above average in Victoria from about Tuesday and Tasmania also experiencing a milder easterly flow, however maximum temperatures further below the average are likely to develop for the northern NSW tablelands and the southeastern Darling Downs in Queensland. 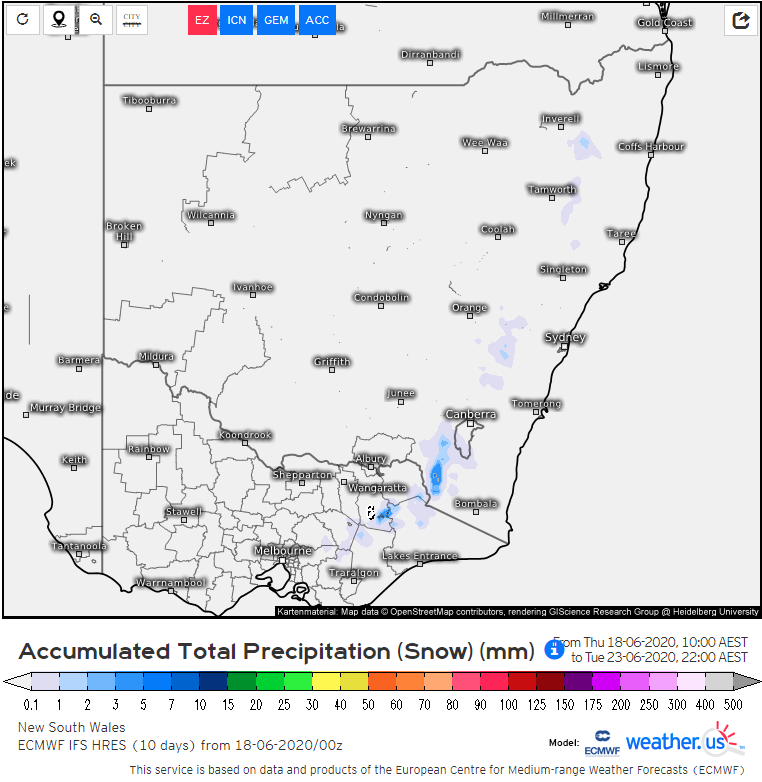 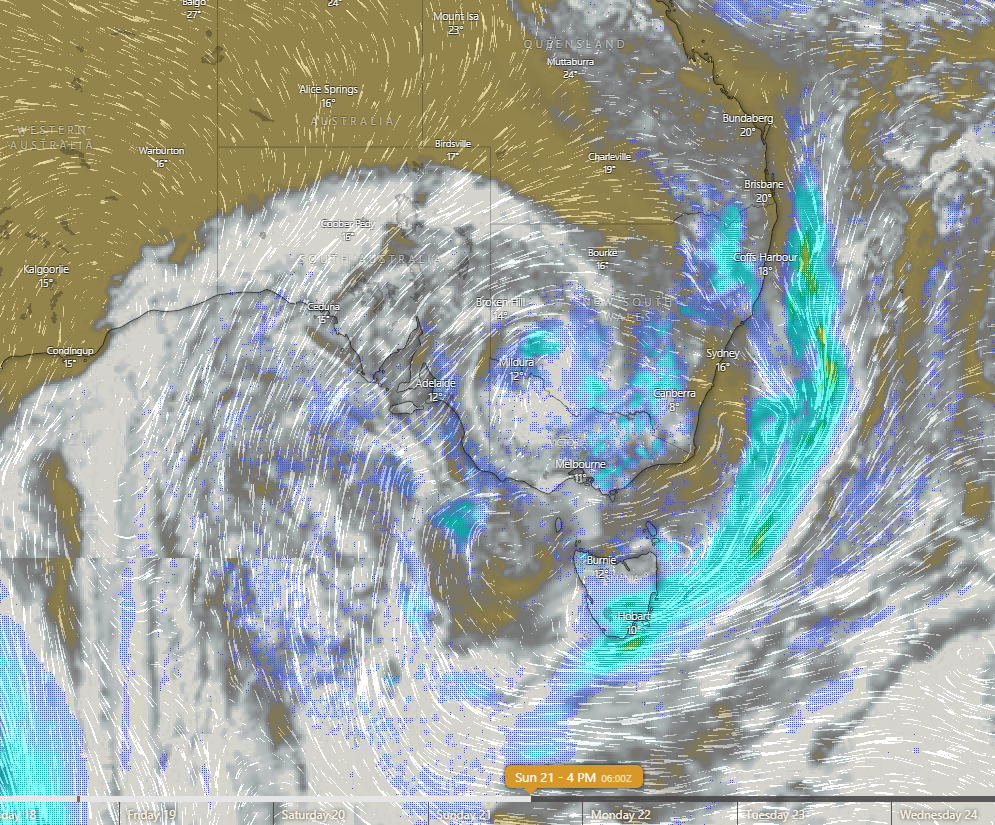