A trough off the central and southern Queensland coast will gradually continue to deepen during this weekend while one or more small low-pressure centres develop within it. These are then expected to consolidate to a dominant larger low off the central New South Wales coast during Monday while strengthening.

Mainly light to moderate rainfall has occurred over the past 48 hours with further totals expected to continue along the northern NSW and far southern QLD coast before spreading further down along the central NSW coast tomorrow and into Monday with locally moderate to heavy falls developing throughout coastal and adjacent inland districts.

Strong winds to locally gusty winds are also expected to develop along the central and southern NSW coast on Monday into Tuesday. Powerful surf conditions are also anticipated to increase again on Tuesday which may cause further beach erosion for coastal communities. The possibility of the risk levels of these threats changing significantly in the coming days depending on the low?s behaviour and development.

The graphic shows where the main position of the low is expected at 10pm Monday with winds at the 700hPa level (3000m) via the ECWMF forecast model via windy.com.

Image 1: Low position Monday night off the central coast of NSW. ECWMF Model and winds at 3000m shown below. 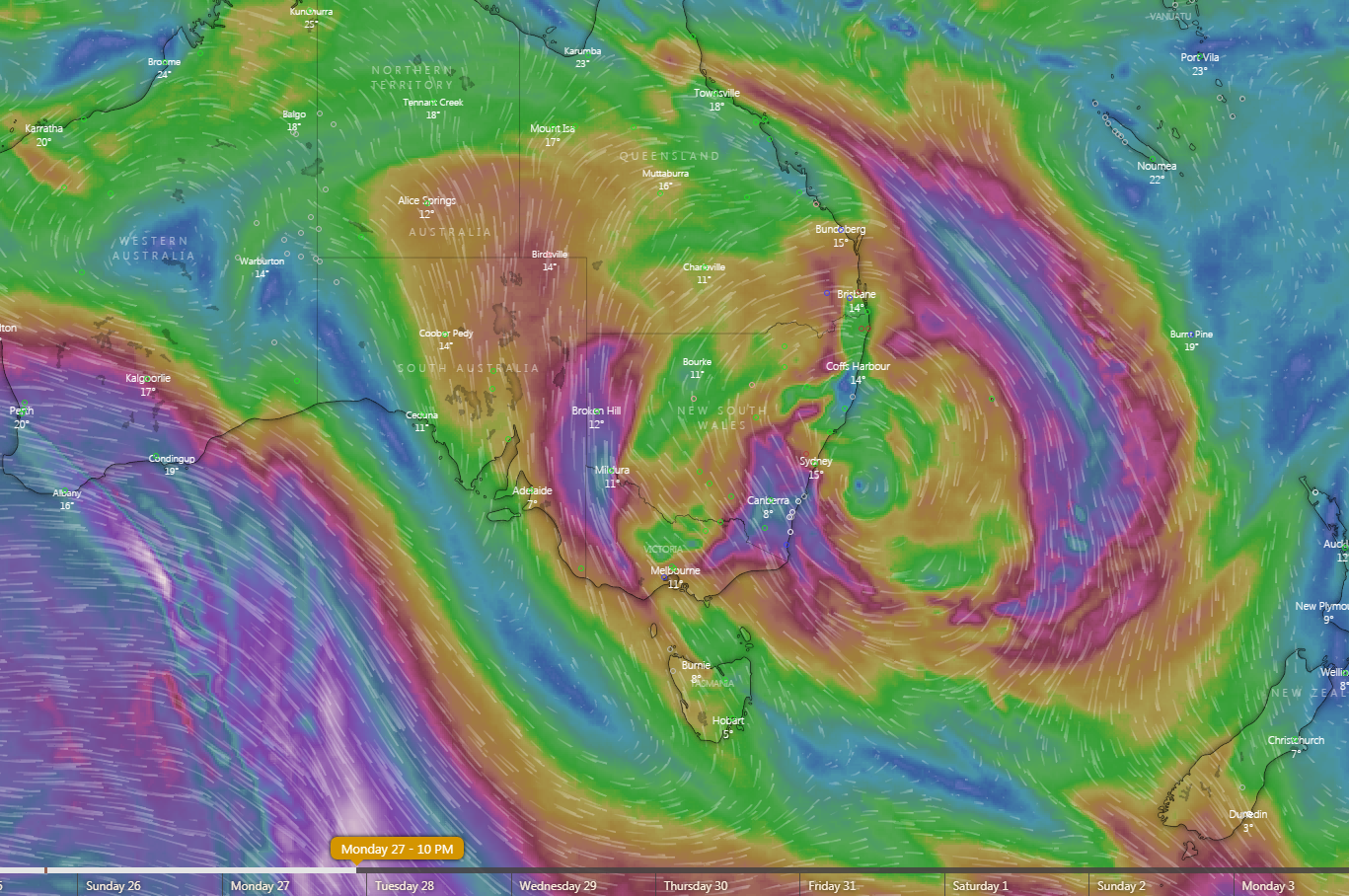