Above average temperatures to spread across southern Queensland and New South Wales.

In what's likely to be the first real multiday period of above average temperatures so far this Spring, a north to northwesterly flow will drag warm to hot air down over much of southern Queensland and northern New South Wales this weekend into early next week. Afternoon seabreezes are likely to moderate this heat along the coastal fringe but even there, an increase in temperatures is expected.

However widespread record breaking heat is currently not anticipated.

Maximum temperatures are expected to increase to the low 40s in parts of the southwestern and southern interior of Queensland as well as the northwestern and northern interior of New South Wales, the mid to high 30s at low inland elevations east of the Great Dividing Range and close to 30 degrees along the coastal fringe.

Warmer minimum temperatures are also expected during this time.

However there are some indications this heat may ease by the middle of next week as a cooler southeasterly wind change moves up the coast.

Warmer minimum temperatures are also expected during this time. 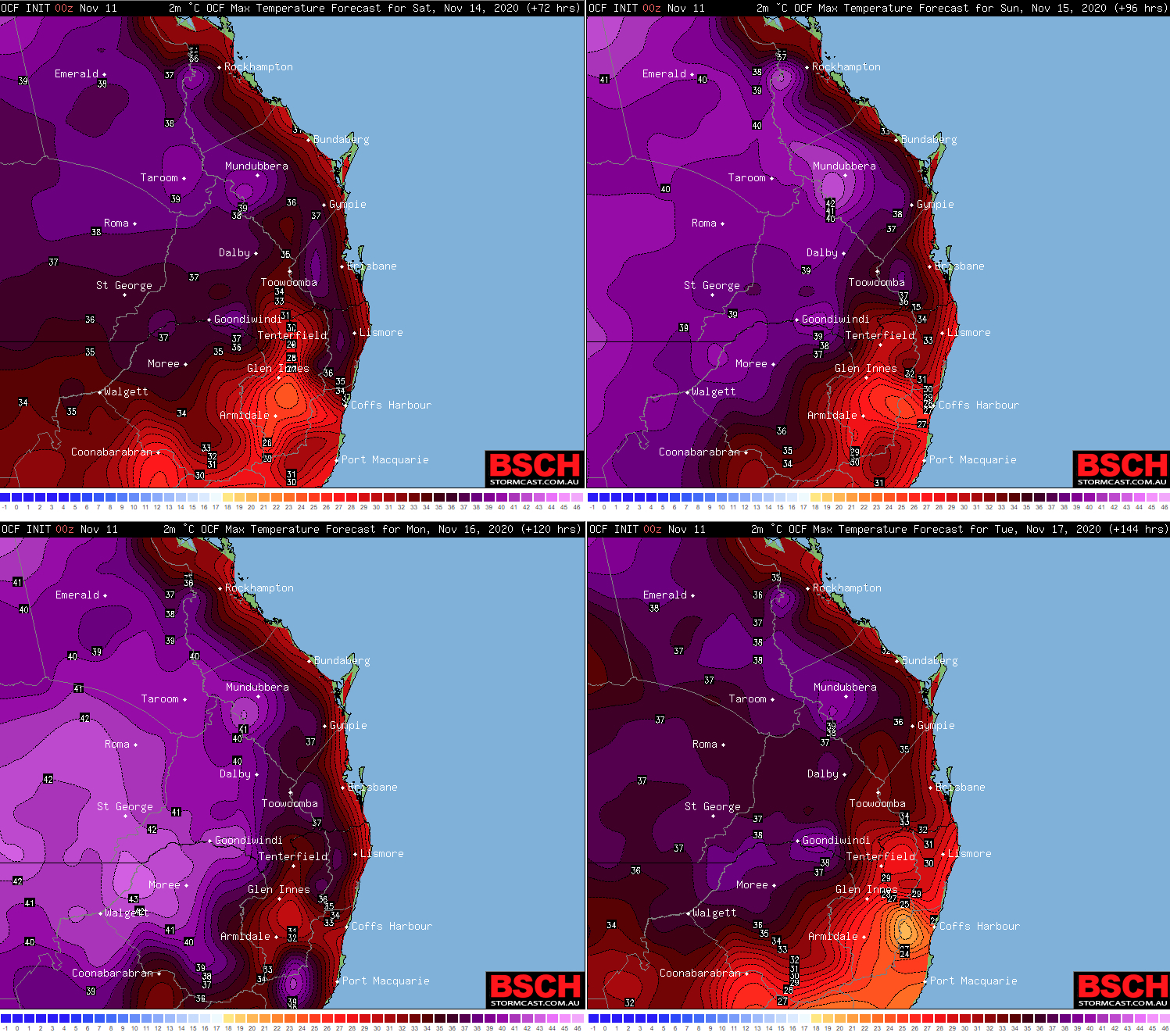