For people in South Coast and parts of Illawarra, Southern Tablelands and Snowy Mountains Forecast Districts.

A trough lies along the NSW coast, with a low pressure system forecast to develop along the trough off the north coast during the course of Wednesday. This system is directing persistent and widespread rain and isolated thunderstorms over the southeast.

HEAVY RAINFALL which may lead to FLASH FLOODING is expected to continue during Wednesday over the South Coast, southern Illawarra and adjacent ranges. Thunderstorms are expected and may locally enhance rainfall.

Locations which may be affected include Nowra, Batemans Bay, Eden, Bega, Moruya Heads and Nerriga.

Observed rainfall totals from 9:00 am Tuesday to 8:00 am Wednesday include:

Foxground rain gauge has reported 82mm in the 3hrs to 8:30am Wednesday 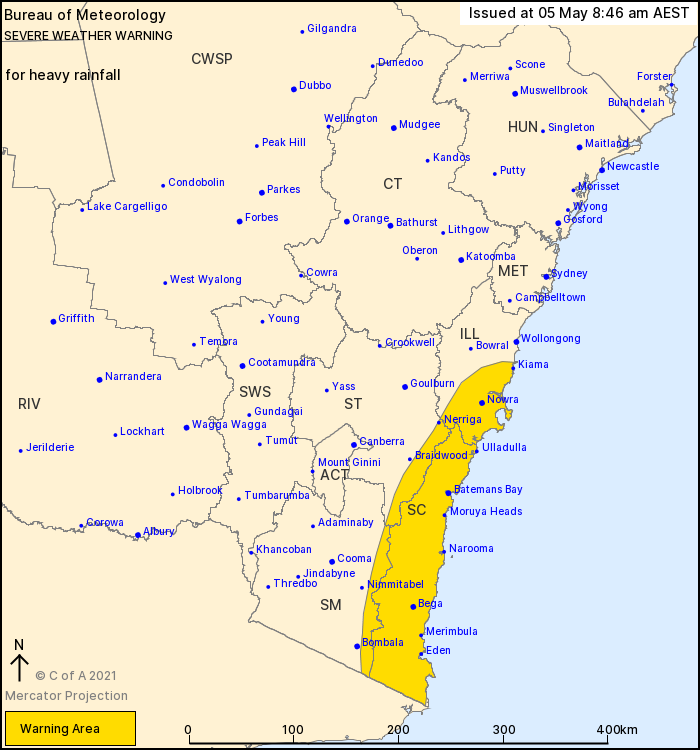