For people in Illawarra, South Coast and parts of Southern Tablelands and Snowy Mountains Forecast Districts.

A trough lies along the NSW coast, with a low pressure system forecast to develop along the trough off the north coast during the course of Wednesday. An approaching cold front about the south coast will then bring a second period of possibly enhanced rainfall on Thursday.

HEAVY RAINFALL which may lead to FLASH FLOODING is expected to continue during Wednesday over the South Coast, Illawarra and adjacent ranges.

There will likely be a period of less intense rain during Wednesday evening, before increasing again during Thursday. Rainfall rates are expected to ease significantly by Thursday evening.

Throughout Wednesday and Thursday thunderstorms are expected and may produce locally heavy rainfall.

Locations which may be affected include Wollongong, Nowra, Bowral, Batemans Bay, Bega and Moruya Heads. 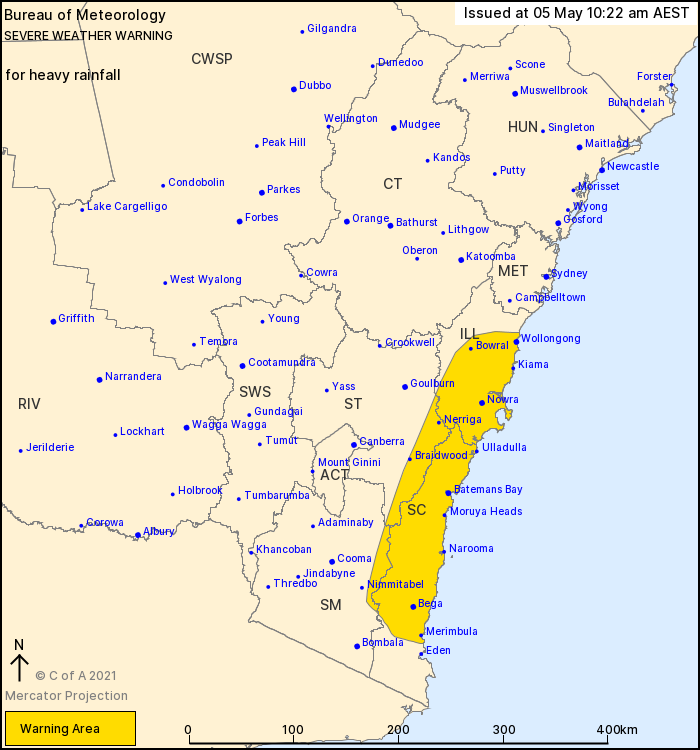