RAINFALL EASING BUT FLOODING CONTINUING IN PARTS OF TOP END

Showers and thunderstorms have become more isolated and confined mainly to northern parts of the Top End. These conditions will continue for the next several days.

Strong river rises are being seen in the lower reaches of larger river systems throughout the Top End although levels are falling in other creeks and streams.

Less than 5mm rainfall is expected over southern parts of the Top End over the next few days. Isolated falls of up to 20mm may occur in the north.

Many rivers and streams have risen strongly in the past week and many roads, including major highways, have been affected throughout the flood watch area. Many roads, particularly secondary and access roads may be affected for the duration of the wet season and some communities and homesteads may remain isolated for some time.

A Moderate Flood Warning is current for the Lower Daly River.

* Stay away from flooded drains, rivers, streams and waterways.

* Prepare for flooding and move away while safe to do so. 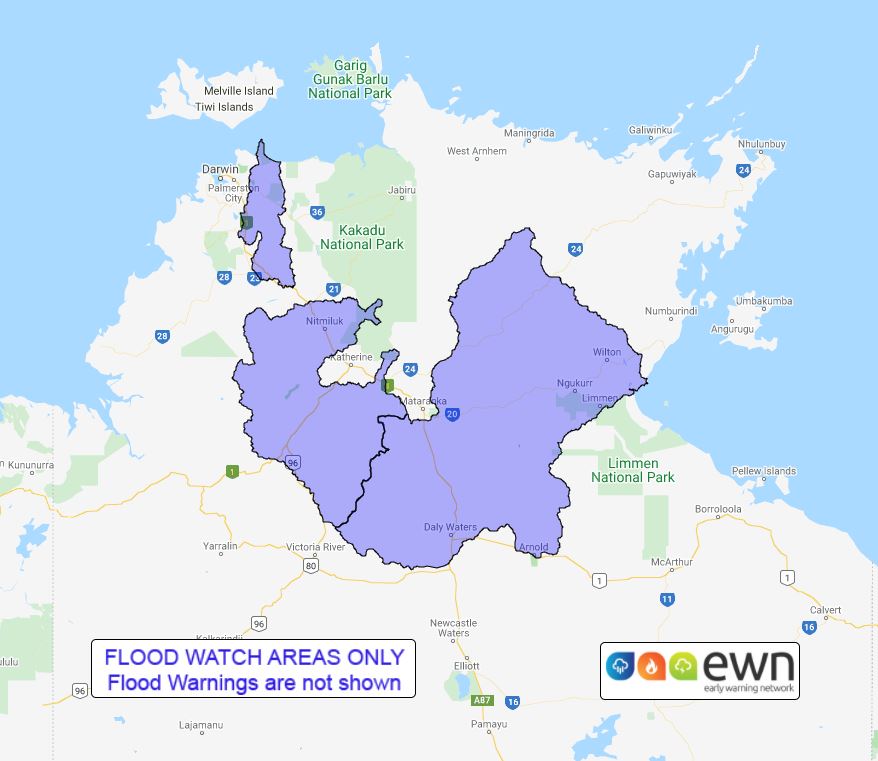