Severe thunderstorms are likely to produce damaging winds, large hailstones and heavy rainfall that may lead to flash flooding over the next several hours in the Southeast Coast and parts of the Wide Bay and Burnett and Darling Downs and Granite Belt districts. Locations which may be affected include Warwick, Gold Coast, Toowoomba, Brisbane, Kingaroy, Coolangatta and Ipswich.

Severe thunderstorms are likely to produce damaging winds over the next several hours in the Central West and parts of the Northern Goldfields and Upper Flinders, Herbert and Lower Burdekin and Central Highlands and Coalfields districts. Locations which may be affected include Longreach, Winton, Charters Towers, Moranbah, Hughenden and Richmond.

Severe thunderstorms are no longer occurring in the Capricornia district and the warning for this district is CANCELLED. 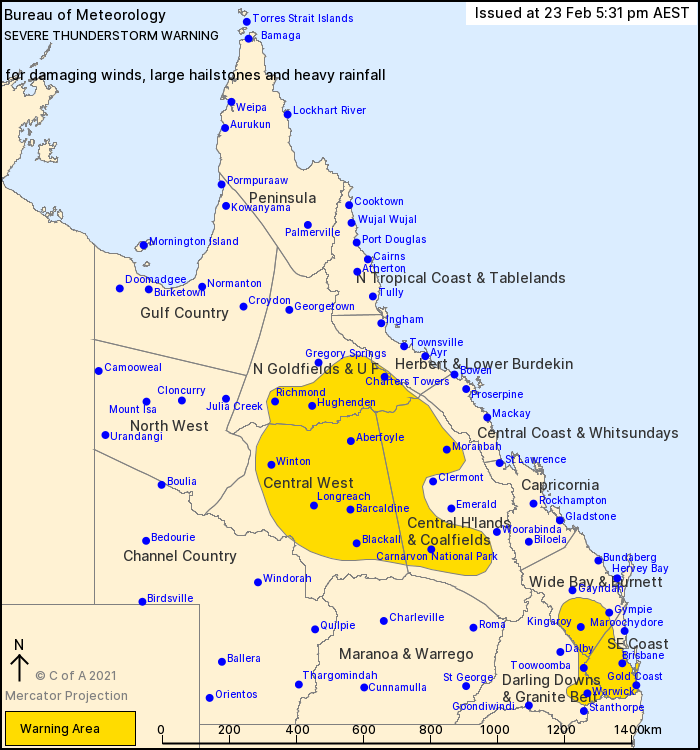