Weather Situation: Thunderstorms in the north of SA associated with a low pressure trough which is moving slowly eastwards.
Severe thunderstorms are likely to produce damaging winds in the warning area over the next several hours. Locations which may be affected include Roxby Downs, Leigh Creek, Moomba, Marree, Hawker and Woomera.

At 7:20 pm CDST a wind gust of 91 km/h associated with a thunderstorm was reported at Coober Pedy. 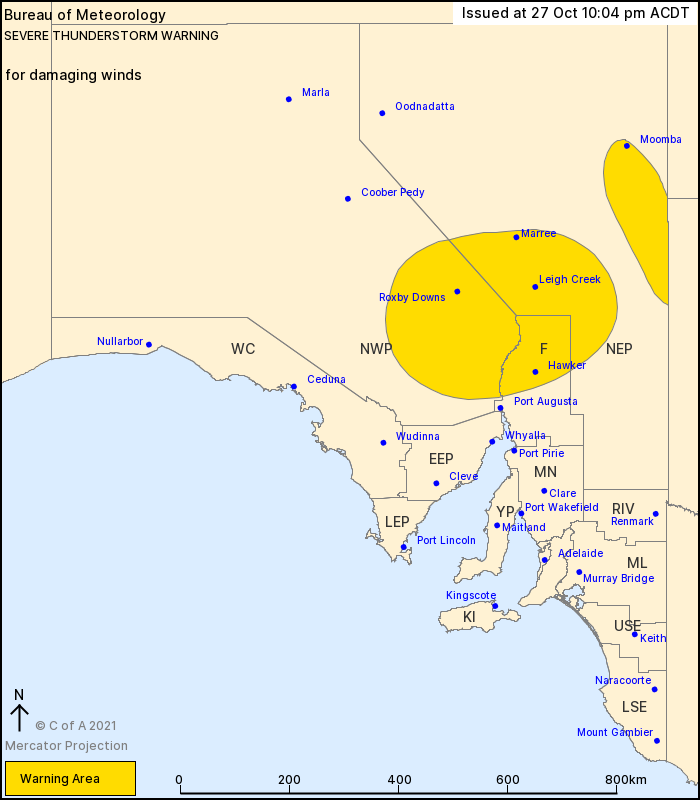