In the 24 hours to 9:00 am Saturday, widespread rainfall has been recorded in the affected catchments, with 24 hour totals of up to 40 mm.

In the Murchison and Greenough river catchments, over the next 24 hours, rainfall totals of 15-30 mm are forecast inland, increasing to 30-50 mm near the coast, with isolated totals of 100 mm possible.

In the Ashburton River catchment no further significant rainfall is expected in the next 24 hours, as the tropical low now lies well to the south.

Observed and forecast rainfall may cause significant flooding in the flood watch area. Secondary roads are likely to be disrupted and some communities and localities are likely to become isolated by road. 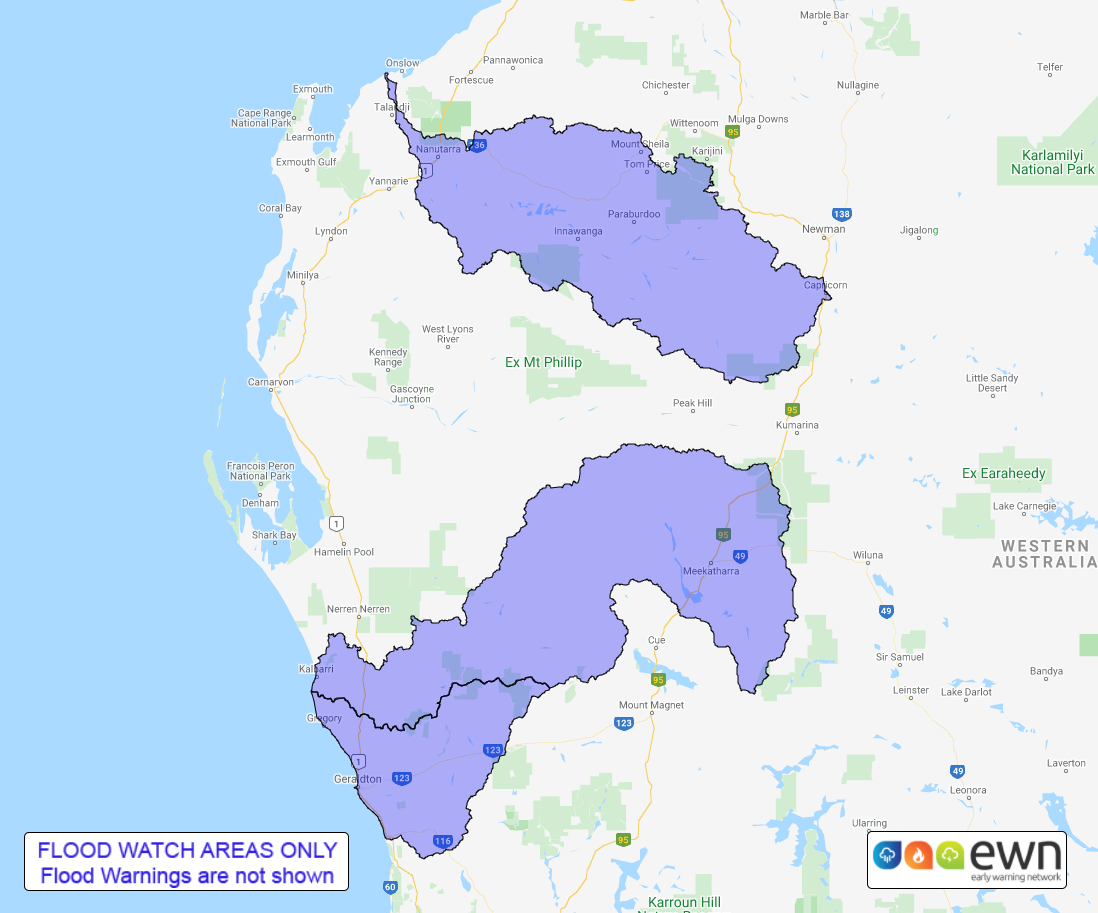