FLOODING MAY DEVELOP IN THE BLACKWOOD RIVER

Ex-Tropical Cyclone Seroja has now crossed into the Salt Lakes District and is expected to cross into the Bight during this afternoon.

Widespread rainfall totals for the last 24 hours to 9am Monday of 60 - 80 mm were recorded in the Blackwood River catchment with isolated falls up to 105mm.

The Blackwood may receive further rainfall totals of up to 10 mm during Monday.

Rainfall to date is causing stream rises in the Blackwood River, rises are expected to continue during Monday with areas of flooding likely. Some roads, may be affected. Some communities and homesteads may become isolated.

Catchments likely to be affected include:
Blackwood River 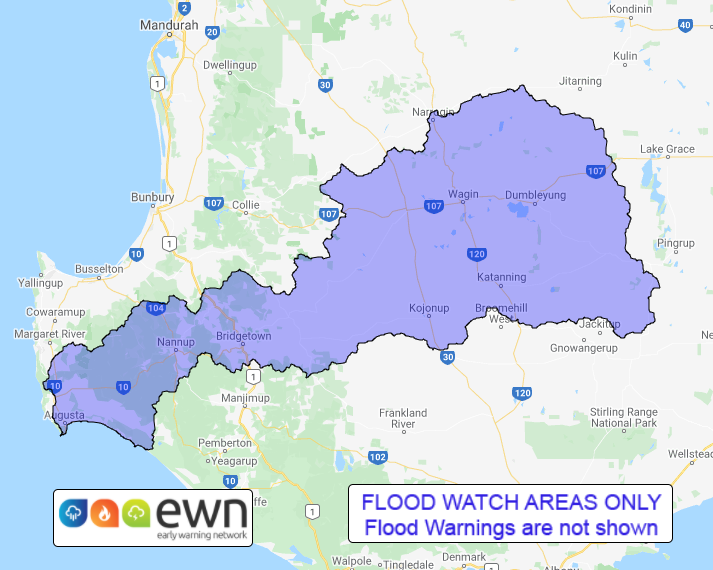