FLOODING MAY DEVELOP IN THE EAST KIMBERLEY, SANDY DESERT AND WARBURTON CATCHMENTS.

In the 24 hours to 9am Wednesday rainfall totals of 40 - 70 mm were recorded in the East Kimberley catchments.

As the low moves further southwest and south Wednesday into Thursday, heavy rainfall of 50 - 100 mm with isolated totals up to 150 mm are forecast in the flood watch areas.

Widespread flooding of low lying areas and significant river rises are expected to develop from Tuesday onwards. Many roads, and possibly primary highways, may be affected during the week. Some communities and homesteads may become or remain isolated.

A Flood Warning has been cancelled for the Fitzroy River. 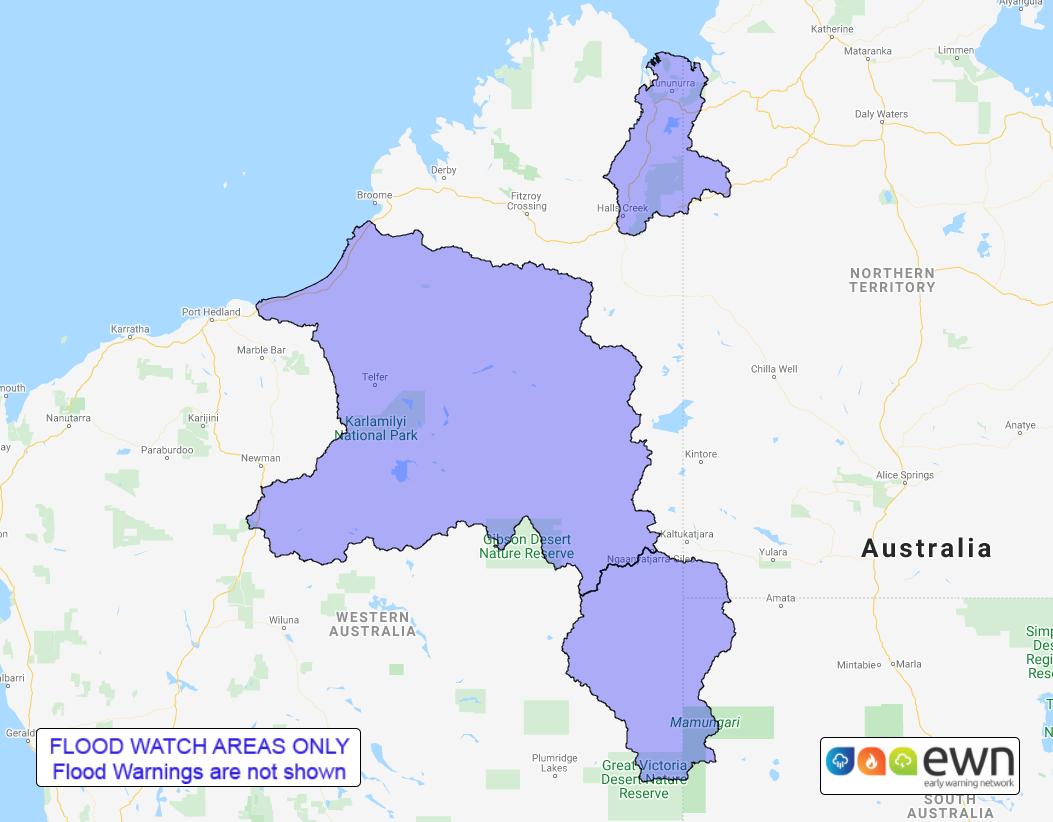