FLOODING MAY DEVELOP IN THE KIMBERLEY AND DE GREY RIVER CATCHMENTS. POSSIBLE RENEWED RIVER RISES IN THE GASCOYNE RIVER.

A broad trough lies over the north of the state and will remain near stationary over the next few days.

Heavy rain and thunderstorms to continue in the Kimberley as it contracts to the north west Kimberley coast late Wednesday into Thursday.

Rainfall forecast totals for remainder of Wednesday into Thursday will range from 15 to 30 mm with isolated totals between 60 to 80 mm in the coast of the North Kimberley and Gascoyne River catchments. Rainfall totals of between 5 to 15 mm is forecast for the rest of the Kimberley Rivers and the De Grey River catchments.

Flooding of low lying areas and river rises are expected. Many roads, and possibly secondary highways, may be affected. Some communities and homesteads may become or remain isolated. Check road conditions being travelling.

A minor flood warning is current for the Fitzroy River catchment.

Flooding is no longer expected in the following catchments: East Kimberley Rivers. 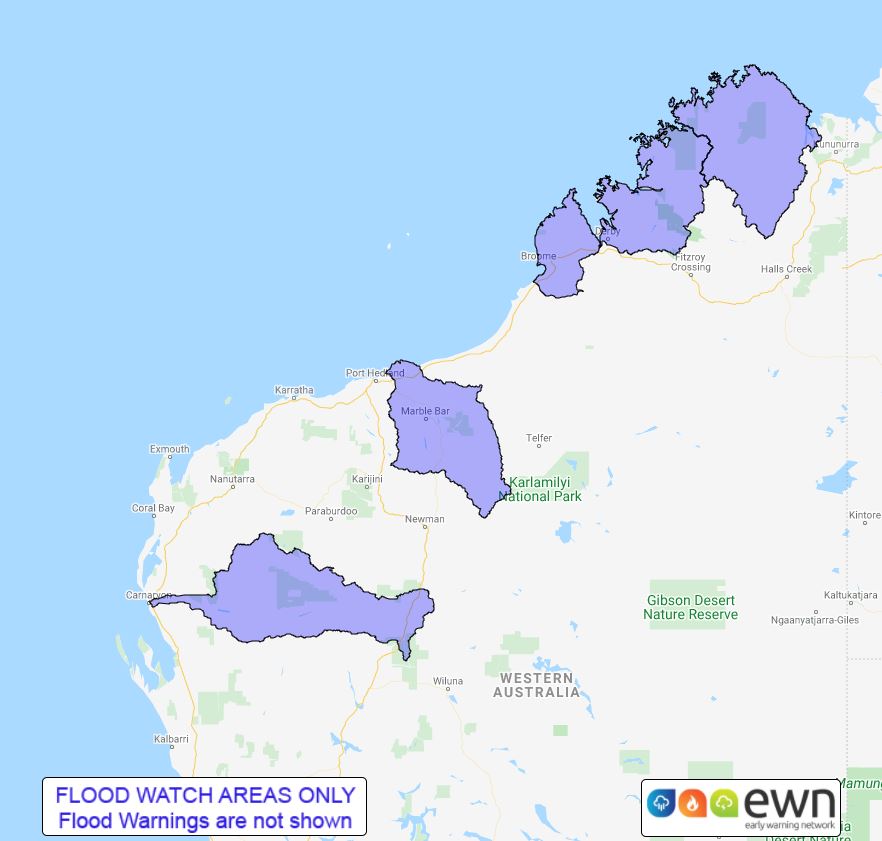