A tropical low is tracking west southwest just inland from the West Pilbara coast. The low is expected to remain overland before moving offshore near Cape Cuvier during Thursday.

In the 24 hours to 9am Wednesday no significant rainfall have been recorded over the flood watch area.

Heavy rainfall is expected to cause significant flooding in the flood watch area. Secondary roads are likely to be disrupted and some communities and localities are likely to become isolated by road. 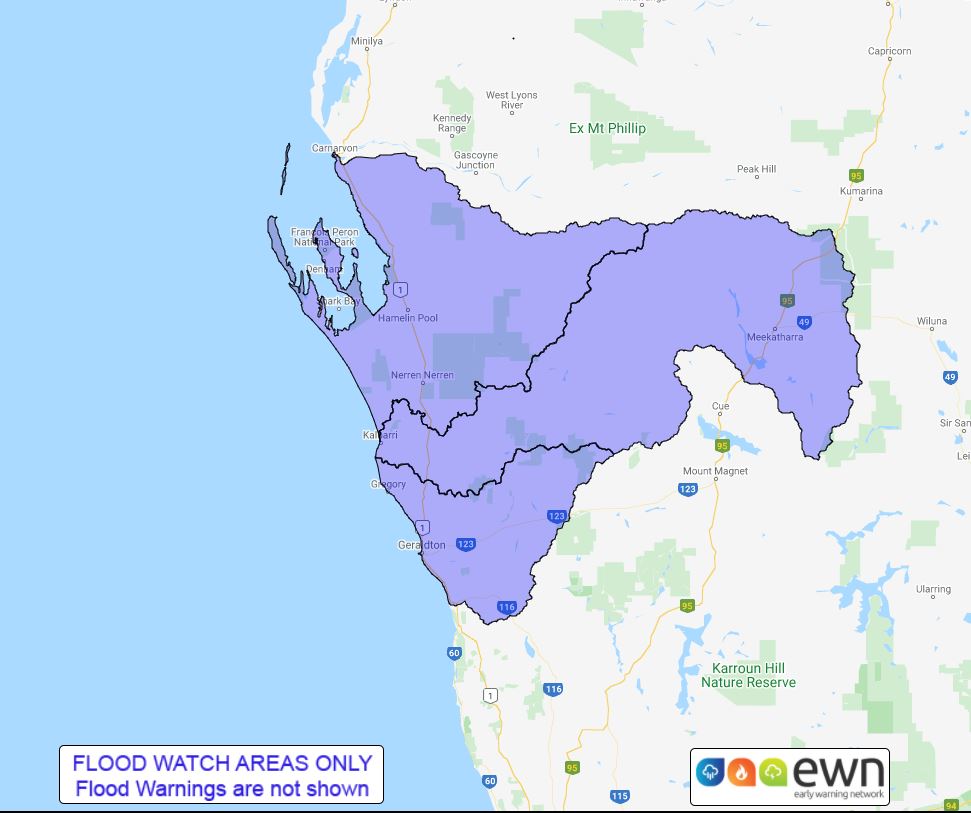