October was yet another warm month across Australia, continuing the trend seen so far this year, with much of the country seeing much warmer than average conditions.

This may come as a surprise to some parts of the country, with those in eastern NSW and southeast QLD seeing cooler than average daytime temperatures, particularly early in the month where some had their coolest start to the month in a few decades.

Whilst the warm trend continued, October finally bucked the trend of drier than average conditions, with rainfall 11% above average across the nation. For parts of NSW and Queensland, this helped significantly in drought relief, although was not enough to break the drought.

Warmer than average conditions are expected to continue into November 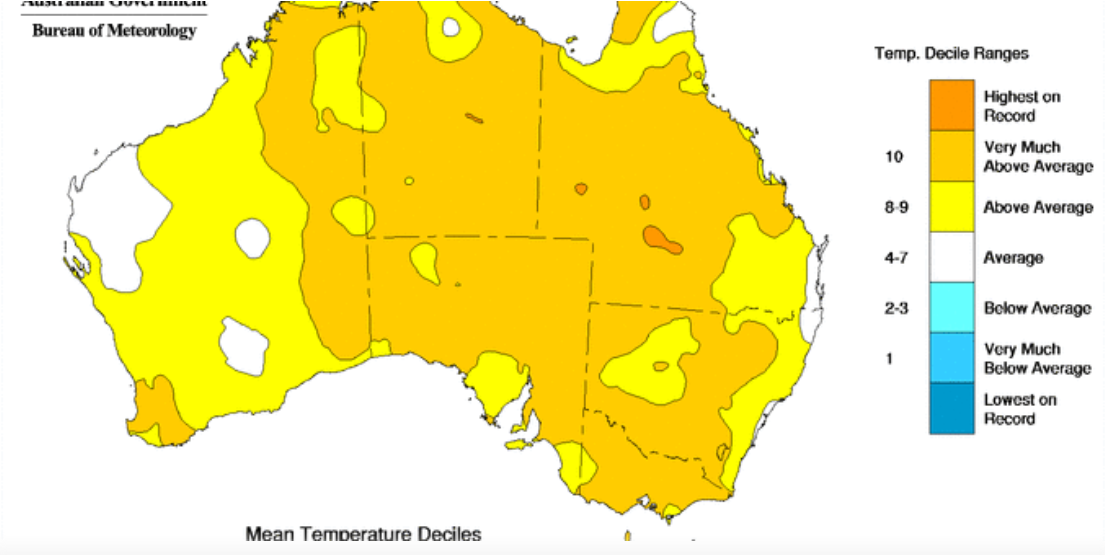