Cold blast to sweep across southeast Australia this weekend

It's been a balmy end to the working week for many parts of the southeast, however temperatures will plummet from tomorrow as a cold front sweeps across the southeast.

Saturday will be a volatile day across the southeast, as a cold front surges across South Australia, Victoria, Tasmania and southern NSW, whilst warm weather and possible thunderstorms affect the remainder of NSW. Wind gusts of around 100km/h are expected to affect the alpine areas of NSW and VIC ahead of the front.

Melbourne is expected to reach just 14 degrees, Hobart 13 degrees and Adelaide 16 degrees as the front sweeps through in the early hours of Saturday morning. Thunderstorms may develop on and in the wake of the front, although these are likely to be brief and short-lived. However, the very cold airmass associated with the system may cause small hail in any showers and storms, whilst any precipitation is expected to fall above 900 metres as snow in southern NSW/VIC and 700 metres in TAS.

As the change sweeps through the remainder of the southeast by Sunday, temperatures will become much cooler. Sydney will reach just 19 degrees in Sydney and 13 degrees in Canberra (followed by an overnight low of below freezing). Whilst it will warm to 29 degrees in Brisbane, a cooler change will arrive by the evening, dropping maximum temperatures to the low 20s the following days.

A high will cause settled conditions throughout next week with temperatures trending close to average. 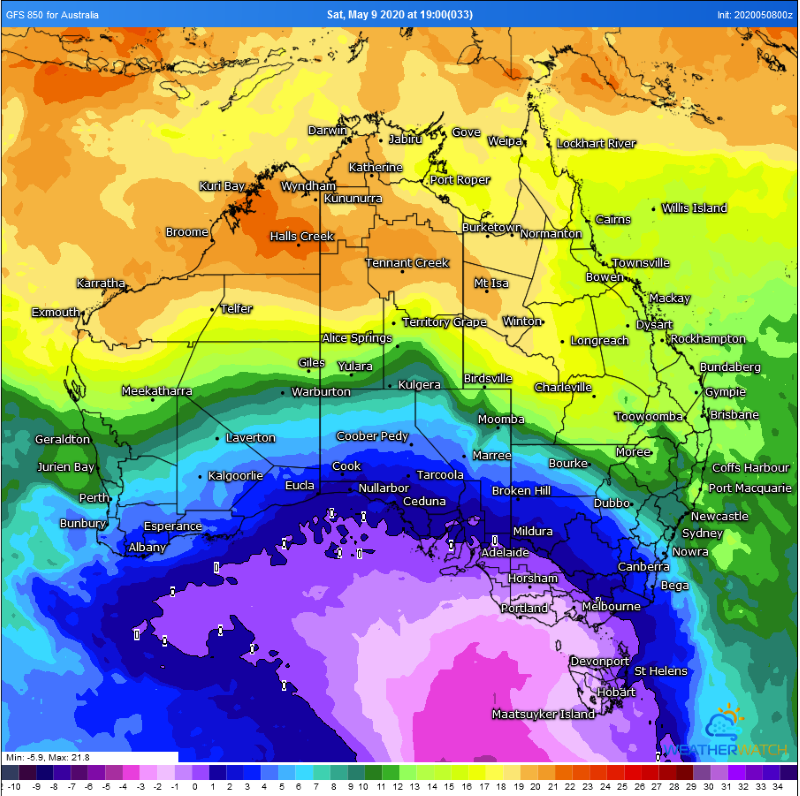 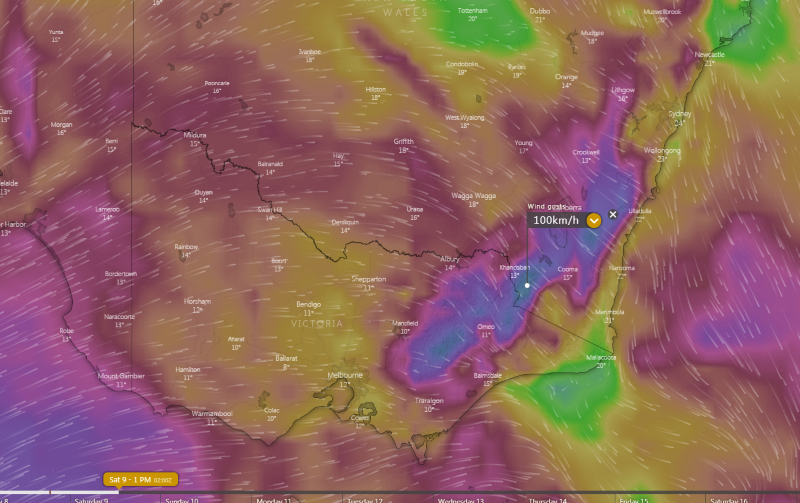