Two Systems to Affect Parts of Eastern and Northern Australia

Off the southern NSW coast, a significant low should start deepening in the Tasman Sea by Friday before wandering around erratically in the area for a few days. This general area of low pressure is also likely to develop multiple centres which pivot around the main centre.

At this stage it's anticipated that just some gusty winds around 50 to 70km/h with localised higher gusts, large surf and some showers will develop along the southern half of the coast during this time, however if any strong low pressure centres come closer to the coast, stronger damaging winds exceeding 90km/h and heavier rain accumulations exceeding 90mm anywhere along the coast to their south would become more likely in this scenario.

While the possibility of another low developing near Southeast QLD and northeast NSW with moderate to heavy rain and strong winds also can't be completely ruled out yet, this is currently considered just an outside chance of happening.

A band of some showers and brief patchy rain is also likely to move across parts of eastern NSW and southern QLD on Wednesday and Thursday ahead of the front extending out of the developing low. Some snowfalls are also possible in the NSW and VIC alpine area as well as the southern NSW Tablelands in the colder south to southwesterly flow on the rear flank of the low.

Meanwhile parts of inland, central and north Queensland look set to shiver towards the end of the week and weekend with a few days of unseasonably cool to cold conditions especially during the daytime caused by a large cloudband and some rainfall streaming across northern Australia. This is a result of moisture aloft streaming across from waters to the northwest of Australia and being lifted by an upper trough.

Maximum temperatures are likely to be up to 10 to 15 degrees below average during that period with many towns in central parts only getting up to the mid teens on Saturday before slowly becoming milder again. The associated rainfall is currently forecast to eventually start focusing on northeast QLD on Friday, peaking around Saturday before moving off the coast on Sunday but this timing is subject to some change. The current expectation is for total rainfall amounts to average around 20 to 70mm for northeast QLD with some locally higher totals, however only a small shift in the focus of the better rainfall could make the difference between this area getting much less or more rainfall than currently forecast.

During most of the days leading up to Friday, a small strip of the North Tropical Coast and hinterlands as well as the northwestern Herbert coast are also likely to receive persistent onshore shower activity which may cause five-day accumulations to eventually reach 50 to 100mm with locally higher amounts. Some northern parts of WA and the NT are also likely to experience these colder conditions under the cloud cover and patchy rainfall associated with the same system. 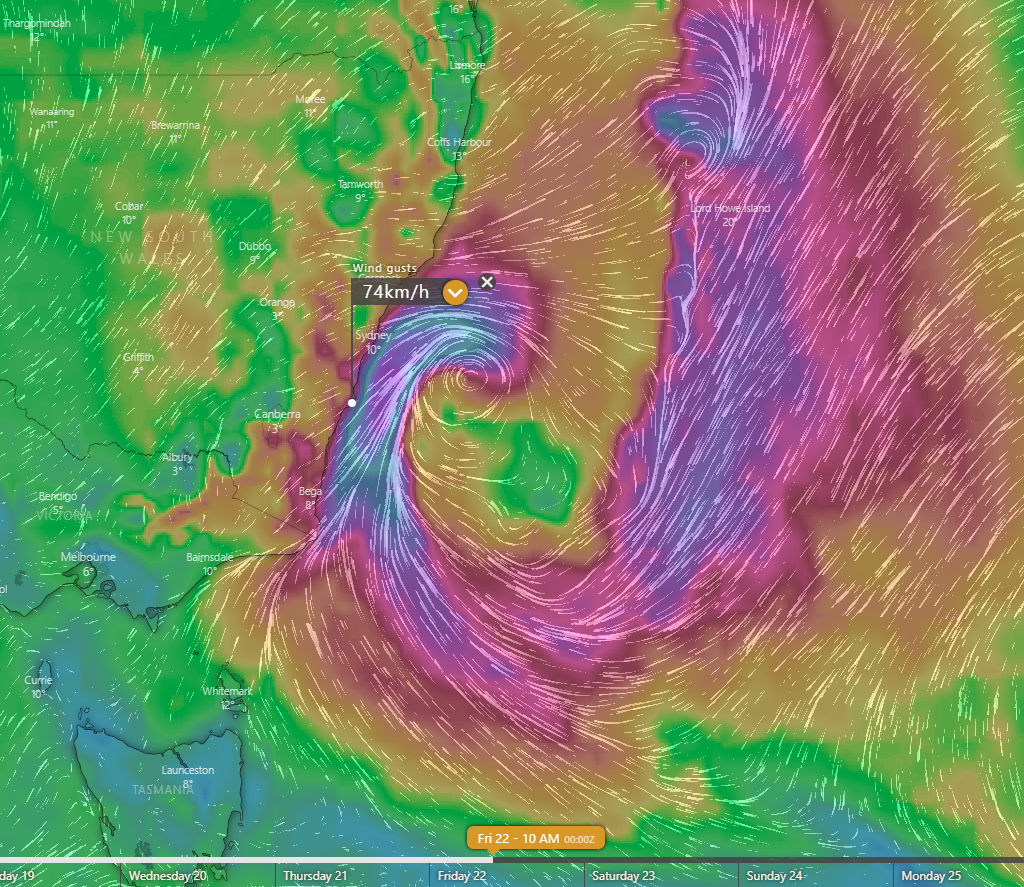 Image 2: Rainfall forecast by the EC ensemble for the 24 hours between 1am Friday and 1am Saturday (Source: weather.us). 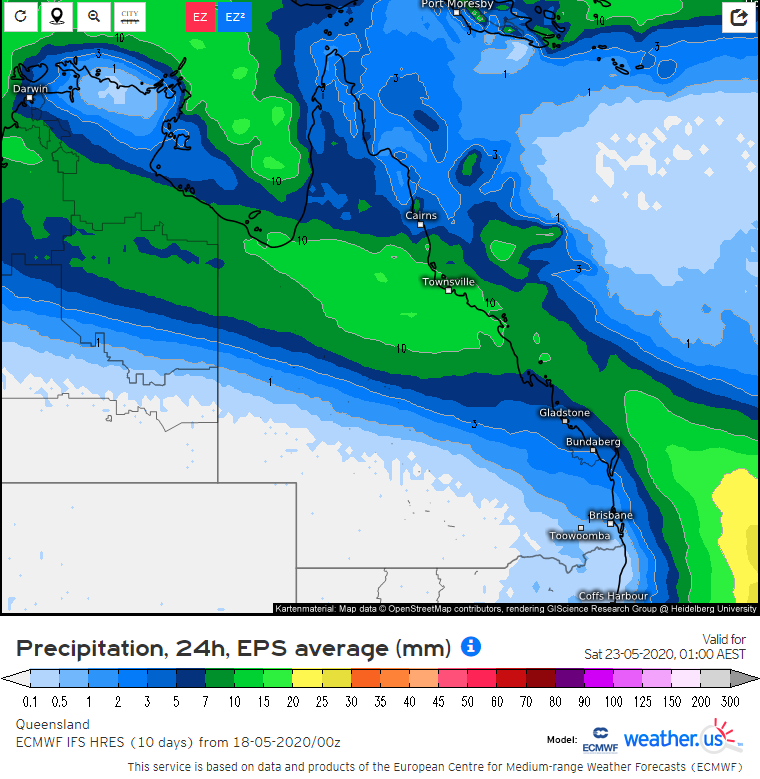 Image 3: Rainfall forecast by the EC ensemble for the 24 hours between 1am Saturday and 1am Sunday (Source: weather.us). 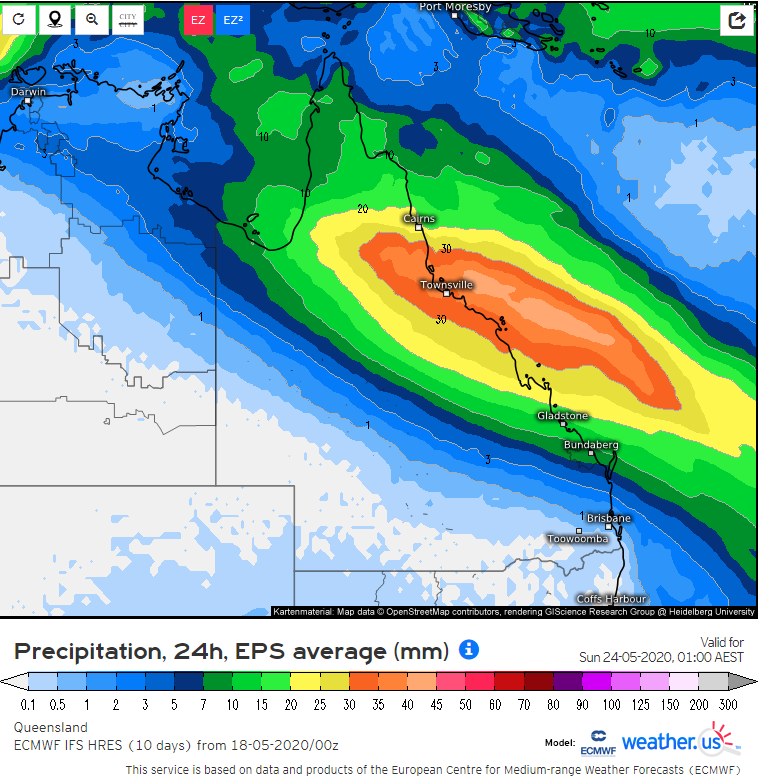