Destructive winds, hail and barrages of lightning for Victoria overnight

A strong cold front sweeping across the state last night produced squally thunderstorms through most parts of the state, passing through the central region into the early hours and producing damaging winds, hail and very frequent lightning.

Ballarat recorded a peak wind gust of 98km/h at 12:27am succeeding the peak gust shortly thereafter at Kilmore Gap which recorded a gust of 87km/h at 1:10am Strong to localised damaging winds also have continued to be recorded this morning with Halls Creek gusting to 135km/h, sustained between 8:07am to 8:10am.

The VIC SES received 130 calls for assistance last night, with some residences and building damage sustained through the Geelong, Waurn Ponds and Mount Duneed areas. More than 16 homes in Ironbark Street, Waurn Ponds were structurally damaged with fallen debris and collapsed roofs and debris strewn across some residences.

Much cooler temperatures are expected in wake of the cold front today, with a secondary cold front expected later tonight and overnight into Thursday, bringing the potential for additional light showers and snowfalls down to approximately 1000m tomorrow night, especially for northern and northeastern parts. The risk of severe thunderstorms along the secondary front is considered very low in contrast to last nights even for Victoria. 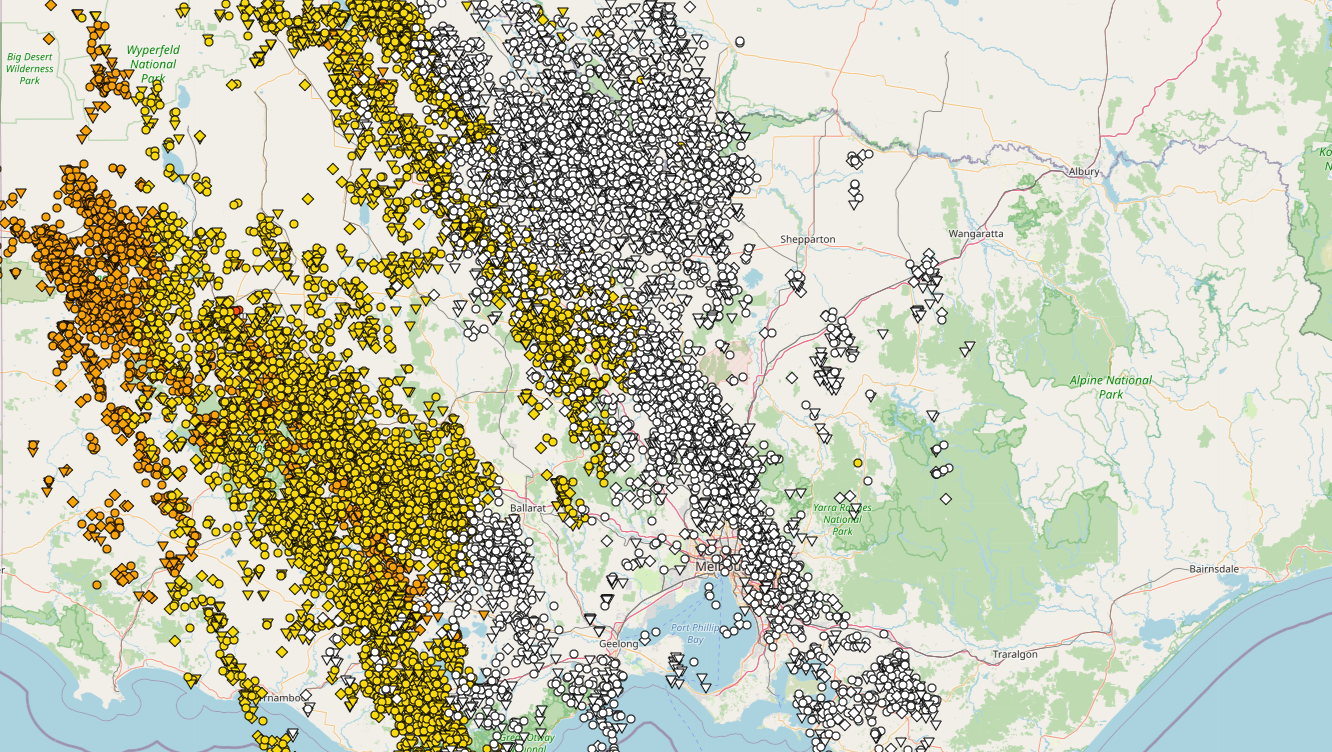